New JessieLou single: "Don't Talk To Me On Sunday" 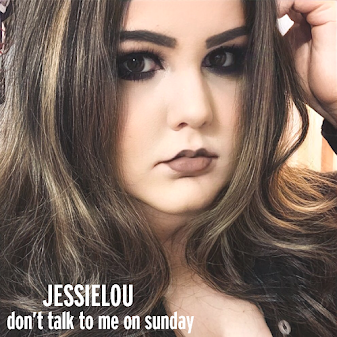 Tonight before The Book Club's six-year anniversary special, JessieLou world premiered her latest single "Don't Talk To Me On Sunday" on the station. It is the second single taken from her upcoming second studio album, Love Is Blind, which comes out April 29th. It's the follow-up to the M4B Radio Top 40 #1 smash, "02.05.2011".
"Musically this song is heavily inspired by a lot of the female artists I was into when I first started getting into music. Alanis, Natalie Imbruglia, Sarah McLachlan, Jewel, Fiona Apple, Paula Cole, etc. I always wanted to make a song that sounded like it should be performed at Lillith Fair and I think I accomplished that on this one. Lyrically this song will definitely make more sense after listening to the whole album, just like with "02.05.2011", but this song is basically about how my ex refused to talk to me on Sundays following a fight we had where I tried to put my foot down about how he would constantly compare me to other women. It was very manipulative and abusive looking back, especially when I was the one apologizing to him! I was very submissive and still trying to hang on to the "cool girl" persona here, but as you all heard in the first single, that shit didn't last!"
The song will be playing once an hour all week. You can listen to the track below:
Posted by jessielou910 at 7:15 PM