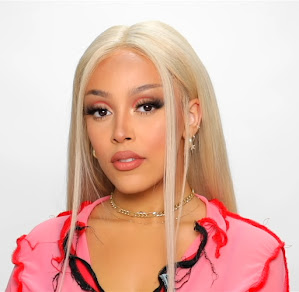 Doja Cat
Everyone's favorite obnoxious Zillenial, DJ Jessizzle, returned this April Fool's Day after taking a break last year. This time she played unfathomable amounts of Doja Cat while claiming to be a feminist who supports other women (#FreeKesha), gushed over her "baes" Justin Bieber and Ed Sheeran, asked her agent who tried to get her to DJ on M4B Radio who Jerry Cantrell was and what the hell was "At One", and refused to play a request for a song she's never heard before - ABBA's "Dancing Queen".
Listen to the clips of DJ Jessizzle from this year's WCHS special here!
Posted by jessielou910 at 8:00 PM