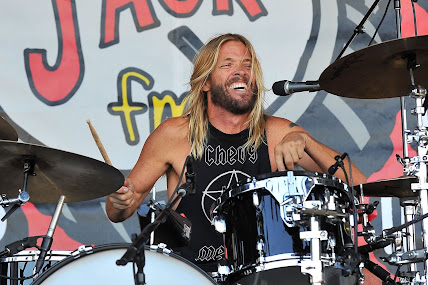 Foo Fighters drummer Taylor Hawkins passed away last night at the age of 50. All of us at M4B Radio are absolutely devastated by this news and our condolences go to his family and bandmates.

Hawkins, who got his start drumming for Alanis Morissette in the mid-90's, joined the Foo Fighters in 1998 and have been with them since the band's third album, There Is Nothing Left To Lose.