JessieLou: From Queen Of Parody To Superstar With An "Identity Crisis" 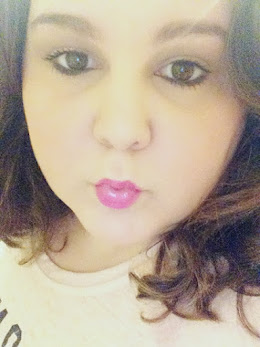 JessieLou
"Ugly Vegas", "Fuglicious", "U + Ur Bible", "This App Sucks (Delete!)" - all JessieLou classics that parody hit songs from INXS, Fergie, Pink, and Harry Styles respectively. But in 2021, the host of The Book Club transformed herself into a pop superstar with her unexpected original hit, "Identity Crisis", produced by another M4B Radio DJ, DJ Kim, and written by JessieLou herself about an actual identity crisis she faced in 2019-2020. “I had some very toxic and intimidating people in my life at the time who made me feel like everything about me was wrong, from my music taste to my personality to what kind of clothes I wear. They really made me second guess myself and it's a feeling that I would not wish among anyone - well, except the jerks who made me feel that way to begin with."
The four minute and 20 second pop banger where JessieLou claims she has "never been the cookie cutter type, never been one to sugar coat, I always say what's on my mind and tell it like it is" was a huge hit, reaching #1 on the M4B Radio Top 40 as well as #1 on Pipa's Top 30, #3 on Freaky Fly Bry's Top 100 and Jessica's Top 40, and #5 on the Burner 50 and Drag's Weekly Top 30. On July 2nd, JessieLou released the follow-up, "Let's Pretend There's No Pandemic", a rock protest song heavily inspired by Pearl Jam's 2006 smash "World Wide Suicide" that slams the anti-maskers and Trump supporters who have slowed down the end of the COVID-19 pandemic, with JessieLou singing, "Could've been over this, but we had to listen to your orange God with his "It's a hoax" this and his "It's fake that" / You're taking away my rights, yeah well, you're taking away my ability to go to concerts." The song has arguably become even bigger than "Identity Crisis", reaching #2 on Freaky Fly Bry's Top 100 and Drag's Weekly Top 30, as well as becoming her second #1 on the M4B Radio Top 40, shockingly kicking out Jerry Cantrell's mega hit smash, "Atone".
Her latest single, "Left On Read", may musically be a 90's R&B-inspired jam influenced by the likes of Aaliyah and Brandy, but lyrically the track is not too far off from her parody roots, as she wrote the lyrics in half an hour as a joke and "just for fun" about impatiently waiting for new music from one of her favorite artists. Although the song was never intended to be anything more than a fun promo single, it has become another huge hit for her, already at #4 on the M4B Radio Top 40.
When asked if the self-proclaimed "Queen Of Parody" will return to parody songs? "I'm not going to completely count it out, but I think it will be very hard for me to do that again after how my three singles from this year have all completely exceeded my expectations. I have a lot to say and I've been writing a lot - I'm still writing! So while parodies may be something I might consider again in the future, I probably won't be doing another parody any time soon."
JessieLou's debut album, Take Me As I Am, is slated for an early 2022 release.
Posted by jessielou910 at 5:00 PM