The M4B genre: How it first started and it's impact on the station 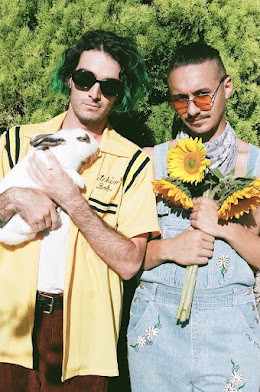 Teenage Wrist
In the early days of personal music charts communities, the weekly compilations of the most popular songs of the day drew heavily on what was popular on the radio, and later on, downloading and streaming services. For the most part, that's still true. But as the influences of trap crept into pop and alternative music, with so called mumble rappers dominating music charts, terrestrial radio stopped being a reliable source of new music for the vast majority of the core members of M4B Charts Central and its affiliated radio station, M4B Radio. Fortunately, the members had their ways of finding new music to fill their charts, from YouTube to Spotify Release Radar playlists to Muzeroom and independent record labels. The different ways people track down new music - which DJ Michael compiled into a master list on the M4B boards in 2016 - helped them with finding songs to chart, and often these songs were unique to their personal charts, making the DJs' charts outlets for music discovery as well. This allowed little known and obscure songs and artists to take hold of M4B's Globalchart and a new spinoff chart compiling the songs most popular with the M4B Radio DJs, songs and artists that M4B Radio DJs would eventually classify as "M4B genre", based on the idea that the songs popular among M4B's core members was its own genre of music independent from what's popular in the mainstream. 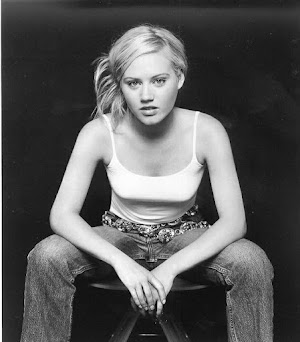 Naomi Striemer
Little known and niche songs took off semi-regularly in previous years on M4B, perhaps most notably "Fall Behind", an obscure 2004 song by Canadian musician Naomi Striemer that sounds like Celine Dion covering "Bring Me To Life" by Evanescence. It received minimal attention from mainstream radio upon its release, but the personal charts community loved it - positive word of mouth brought the song to #11 on the Globalchart in December 2004, and DJ Jessica recorded an interview with Striemer about her career and the word of mouth interest in her music from M4B. 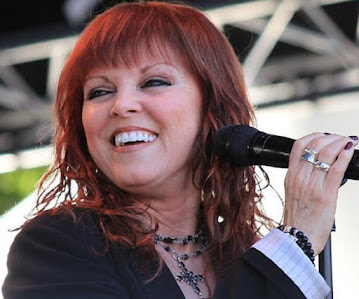 Pat Benatar
But the watershed moment for the M4B genre came in 2017, the result of a number of high profile songs that became Globalchart hits on virtually no mainstream radio attention. Carly Rae Jepsen's Emotion outtake "Cut To The Feeling", which was universally acclaimed by music industry publications but failed to chart in most countries, spent nine weeks at #1 and ranked as M4B's second biggest song of the year. Pat Benatar's "Dancing Through The Wreckage", which she co-wrote with Linda Perry for the documentary Served Like A Girl, was a top 5 hit on the Globalchart and is observed by core members as the song that defined the M4B genre. 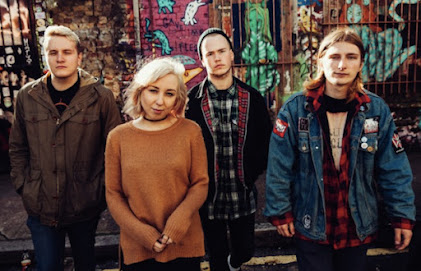 Milk Teeth
It was during 2017 that DJ Michael launched a monthly new music showcase called The Music Detective, a show that aimed to bring little known and/or up and coming songs to wider attention among M4B Radio listeners. While the show, which ended after an 11-month run, brought greater attention on M4B to songs like "Feel It Still" by Portugal. The Man and "No Roots" by Alice Merton before they became radio hits, its greatest success stories came with obscure artists who organically attracted crossover attention among M4B Radio DJs and listeners after the show ended: The Night Flight Orchestra, who were instrumental in briefly rescuing the show from cancellation when their song "Something Mysterious" received positive responses following its play in a July 2017 episode, and Milk Teeth, whose EP track "Prism" was played two months later and went on to kick off a run of a then-record seven #1 songs on DJ Michael's chart. 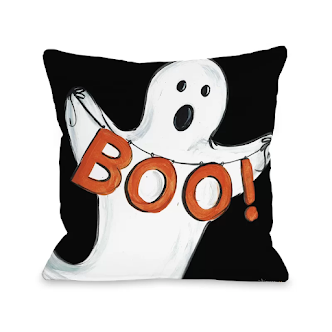 Ghost
2018 was an even bigger year for the M4B genre because of the launch of the M4B Radio Top 40, which brought greater visibility to the unique influences of each member's personal chart and led to members charting more of each other's songs. "Ashes" by Celine Dion, the #1 song on the inaugural episode, and "Dance Macabre" by Ghost, which hit #1 following DJ Kim's addition to the panel, both ranked among the biggest hits of the show's first six months but also of the year as a whole for members of the M4B boards despite "Ashes" not receiving much mainstream attention and "Dance Macabre" not yet released as a single at the point members were charting it. The show's inaugural episode also raised the profile of songs on DJ Michael's chart as "Be Your Man" by Demob Happy and "Flowerchild" by Citizen, both of which had reached their peak for him, picked up additional support because of unexpected positive reviews, and Teenage Wrist, whose success on his and DJ Jessica's charts led them to land three songs in the top 20, organically became one of the M4B genre's biggest artists over time thanks to their later releases, most notably the following year's "Mary". 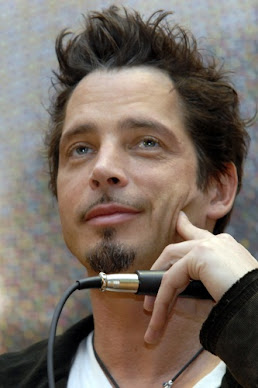 Chris Cornell
Today, the M4B genre continues to be instrumental in shaping the tastes of M4B Radio's DJs, and by extension, the Globalchart and M4B 40. Alanis Morissette's "Reasons I Drink" and Chris Cornell's "Patience", both M4B 40 #1s, ranked among the Globalchart's top 40 songs of 2020. Recent comebacks from Garbage and Duran Duran won them their greatest M4B support ever. It even helped one of M4B Radio's own - DJ Jessica, as JessieLou, spent two weeks at #1 on the M4B 40 with "Identity Crisis", which also reached #18 on the Globalchart to become the best ever mark for a user created song.
Key songs of the M4B genre include:
- The entire discography of LA shoegaze/grunge duo (formerly trio) Teenage Wrist, particularly their 2019 single "Mary", which hit #1 on the M4B Radio Top 40 and #17 on the Globalchart.
- The entire discography of singer songwriter Kate Voegele, particularly "Must Be Summertime", "Shoot This Arrow", "French" and "Anxious", all of which were Globalchart top 40 hits. Voegele's Globalchart success was strongly influenced by M4B co-admin Bryan.
- Veteran rock and pop artists attracting strong nostalgic interest from members despite little to no mainstream attention, including "Ashes" by Celine Dion, "Break" by Gin Blossoms, "Keep A Little Soul" by Tom Petty and the Heartbreakers, "Wouldn't Want To Be Like You" by Sheryl Crow, "No Erasin'" by Steve Perry, "Head Above Water" by Avril Lavigne, "All Over Now" and "Wake Me When It's Over" by the Cranberries, "Reasons I Drink" by Alanis Morissette, and more recently "The Men Who Rule The World" by Garbage and "Invisible" by Duran Duran. All of these songs were top 2 M4B 40 and top 20 Globalchart hits.
- Songs by obscure musicians introduced to the panel through DJ Michael's chart the Burner 50, including "Disconnect" by Basement, "Be Your Man" by Demob Happy, "Million Dollars To Kill Me" by Joyce Manor, "Stain" by Milk Teeth and "I Want To Kill You" by Citizen. These songs are classified under a subgenre of the M4B genre known as Unkiecore.
- Songs that became rock radio hits long after taking off on personal charts, like "Dance Macabre" by Ghost and more recently "Only Love Can Save Me Now" by the Pretty Reckless.
- Songs created by M4B's own users, including the trio of DJ Kim-produced songs released this spring, "Identity Crisis" by JessieLou, "Jerry Mode" by Pipa and "James Charles Is At It Again" by Julian.
Posted by jessielou910 at 8:22 PM