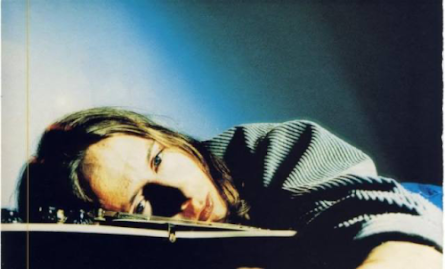 "Wow, five years since The Book Club! Where has the time gone?! I remember having a Notepad list of artists who I wanted to check out more, and it was right around the time I relaunched this station in late 2015/early 2016 when I was like, "This would be a great idea for a show!" I haven't had the best luck with radio shows outside the JT40 Countdown. The Canadian Rock 30 from the VFM days was kind of a trainwreck. The Awesome Show did really well for awhile but of course that ended in disaster. So I wasn't sure if this would stick or if it would be another failed project.

The first episode where I spotlighted Nicolette Larson was a great pilot episode, but the second episode where I spotlighted Harry Chapin was when I got REALLY motivated. I was so proud of that episode and everyone else loved it, especially "Sniper" which still slaps just as much as it did when I first heard it five years ago (and yes, feel free to kick my ass later for using the term "slaps").

The show has become so fun to work on since then and it's opened the door for so many other great discoveries, especially during The Yearbook miniseries. Since the show has been on the air, I have had a a newfound appreciation for bands such as Blue Oyster Cult and Queens Of The Stone Age, both of whom I only knew a few songs from before, artists who I never even heard of before such as Catherine Wheel and Bob Mould gained a fan in me, I went from becoming a casual fan of Soundgarden to Chris Cornell becoming one of my top 3 favorite artists ever and Superunknown - an album that was spotlighted on the show - becoming my second favorite album of all-time (because let's be real, nothing will ever beat Jagged Little Pill for me), and most recently, I have a new core artist and artist obsession in Alice In Chains and the solo career of Jerry Cantrell. And of course, let's not forget those awful, awful token bad songs! Some of those songs... phew. Makes me wonder what drugs both the artists involved and their record labels who OK'd those songs were on.

I am so proud of this show and I really enjoy doing it every week. The show has become my baby. I'm glad the listeners still enjoy it now just as much as they did five years ago and I'm really happy that it's still going strong - because dude - that Jerry episode from two weeks ago?! I'm probably gonna jam out to "She Was My Girl" for like the 284th time after I finish writing this!

tl;dr - Thank you for five years of The Book Club. I love the show, I love the station, and I love the supportive DJs who have made all of this possible!"