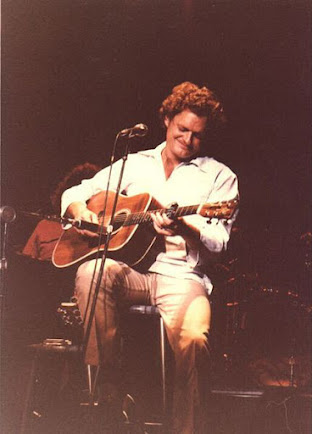 Last week may have marked five years since the first episode of The Book Club, but this week marked five years since the second episode, which was just as important.
In this episode, DJ Jessica spotlighted the music of legendary 70's singer/songwriter Harry Chapin, most famous for the hits "Taxi" (1972) and "Cat's In The Cradle" (1974). This episode became an instant classic in the history of The Book Club, hugely because of the discovery of his 1972 10-minute epic, "Sniper", written about a college shooting in Austin, Texas that took place in 1966. "Sniper" has since become not only one of the most iconic Book Club discoveries, but it has also become a staple on M4B Radio and gets played regularly on Groovy 70's, The Book Club: Greatest Discoveries, JessieLou's Picks, and - yes - Hard Rock Monday.
Following the big five-year celebration last week, DJ Jessica decided to take the week off and re-air this episode, which originally aired on April 17, 2016.
Listen to the Harry Chapin episode of The Book Club here!
Songs played:
- Taxi
- Sniper
- Sunday Morning Sunshine
- A Better Place To Be
- Mr. Tanner
- What Made America Famous?
- I Wanna Learn A Love Song
- Dreams Go By
- Dance Band On The Titanic
- Flowers Are Red
- Story Of A Life
- Cat's In The Cradle
Posted by jessielou910 at 9:00 PM